Founded in 1945 by Captain Oskar Wehr, the company is a well established globally operating ship manager run by the third family generation. Headquartered in Hamburg, OSKAR WEHR is a full-service provider for both bulk vessels and container vessels. While capabilities for both asset-classes exist, OSKAR WEHR’s management has decided to focus primarily on the dry bulk sector.

The qualifications of the employees, at sea as well as in our office in Hamburg, are a crucial prerequisite for reliability and performance in every respect. As technical manager for third party vessels, as well as for our own fleet, we sail in safe waters in markets that show future potential.

OSKAR WEHR does closely work together with the flag state of the Marshall Islands. Being ISO 9001 and 14001 certified it is our main target to provide the best practices to our customers and to maximize charterers satisfaction by avoiding technical off-hire.

We combine more than 75 years of experience in our business with cutting-edge management methods and approaches to ensure high-performance to our customers. The aim of safe operations of our vessels together with the prevention of any damage to the environment is a key element in the care and diligence of OSKAR WEHR as a conscientious company.

To enforce our principles we implemented an integrated management system following the provisions of the ISM code combined with the international standards for management systems in accordance to ISO 9001 and ISO 14001. All company operations are subject to continuous improvement together with a systematically management control and supervision. 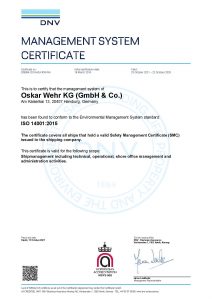 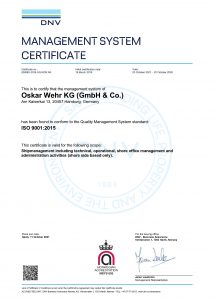 The Asian-Pacific shipping markets have become increasingly important over the past years, especially in the dry bulk and container sector. Besides having the 2nd biggest port in the world (by container turnaround) and being a strategically important port for bunkering and supplies, all main charterers, miners and traders are represented in Singapore by now, which has helped turning Singapore into the maritime center of the world.

With the establishment of our Singapore office OSKAR WEHR ASIA in 2011 we adapted to the changing conditions. It has allowed us to be closer to our clients and serve them better. The access to cargo and business has improved, allowing us to employ our dry bulk fleet highly efficient. Another important reason is Singapore’s position as a gateway in and out of the pacific. As most of our ships trade in the pacific and pass by Singapore regularly, our technical inspection team benefits from being in the same time zone and just being a stone’s throw away from the ships.

With effect 1st July 2019 the chartering responsibilities of OSKAR WEHR ASIA were transferred into a newly established joint venture called OneBulk. With our close friends of F.H. Bertling and Nordic Hamburg we incorporated a new commercial management platform with offices in Hamburg and Singapore. With a fleet size of about 40 vessels in the handysize and supramax segment, OneBulk is well positioned to commercially manage the fleet to the benefit of their owners.

The shipping company was founded in 1945 by Captain Oskar Wehr. The success story of the shipping company began with the acquisition of the motor sailer ANNE, which was deployed in what were then the traditional sea routes of the European coastal shipping. Already in 1957 delivery was taken of the first newbuilding from shipyard Sietas / Germany. In the middle of the 60s, Captain Oskar Wehr decided from then on to operate his fleet, which had now expanded to four ships, from shore. The newly-founded OSKAR WEHR KG then managed the ships from its company headquarters in Hamburg-Altona.

In the 70s and 80s further new buildings were delivered from German building yards, but also second hand acquisitions were done. During these decades the company’s fleet were consisting of around eight ships (Ro/Ro ships, single deckers and container vessels).

In the middle of the 90s the ship owner Jürgen Wehr adopted a fleet alignment program for the new millennium and the next generation. So, at the beginning of 1996, delivery was taken of the SIGRID WEHR with 1150 TEU from the Polish shipyard Stocznia Szczecinska S.A., Stettin. Further new buildings were delivered from this yard. A total of nine container ships of type B170 with 1730 TEU were taken over until 2002. In addition eight container ships of 2500 TEU were built at German shipyards. Six of them at Warnemünde and two at the Volkswerft Stralsund. Together with two panmax container vessels, the container vessel fleet was increased to a total number of 19 units ranging from 1,700 to 5,100 TEU in 2006. As a result of the shipping crisis most of the KG-financed container ships were sold in 2013 and 2016. The company owned container ships (5,100 TEU and 2,500 TEU) were sold in the first half of 2017.

In the bulk segment the company took over the management of four panmax bulk carriers with a capacity of 65,000 tdw in 1999. The move into the dry bulk sector initiated a fleet diversification. These older bulkers were sold, but a new modern fleet was ordered to fly the blue-yellow-blue company flag.

During 2003 until 2012 the company took delivery of several new buildings in the handymax, supramax and capesize segment. In total ten newbuildings were delivered from Japanese newbuilding yards like Mitsui (MES), Tsuneishi and Oshima. Further seven bulkers were delivered from Chinese yards. In 2018 the WEHR-group swapped its owned capesize vessels against twelve handysize bulkers from Bocimar, in order to focus their exposure more on the smaller segments. 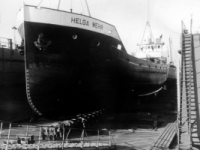 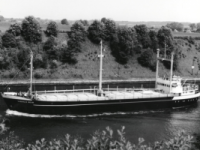 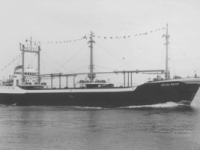 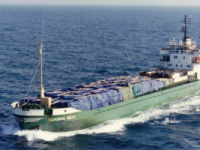 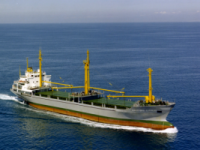 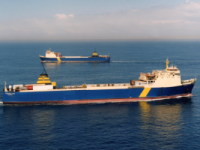 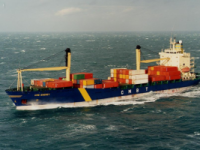 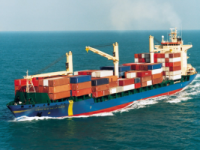 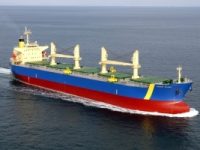 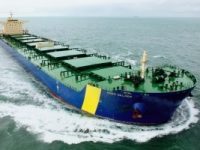 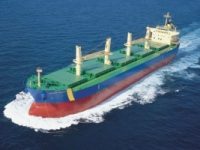 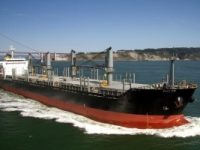 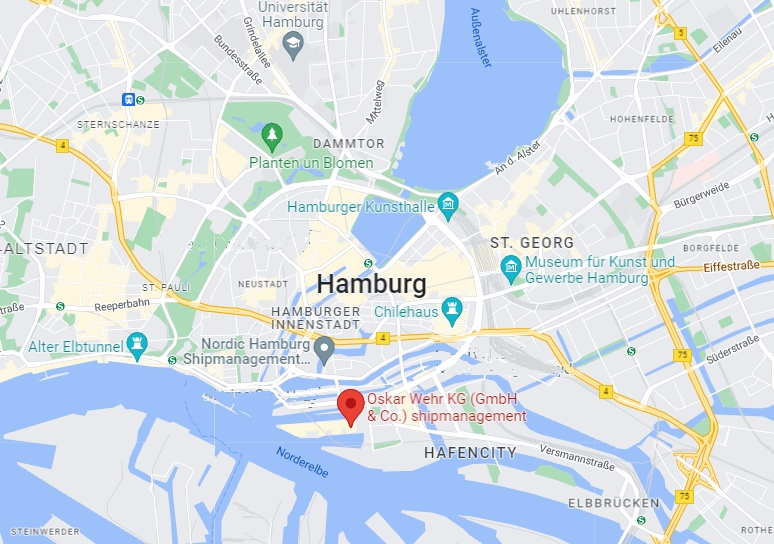